Cancer survivor population over 65 to increase over next decade 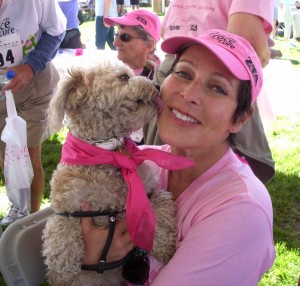 Over the next decade, the population of cancer survivors over 65 years of age will increase by approximately 42 percent.

“We can expect a dramatic increase in the number of older adults who are diagnosed with or carry a history of cancer,” said Julia Rowland, Ph.D., director of the Office of Cancer Survivorship in the Division of Cancer Control and Population Sciences at the National Cancer Institute (NCI). “Cancer is largely a disease of aging, so we’re seeing yet another effect of the baby boom generation and we need to prepare for this increase.”

Rowland’s report is part of the special focus on cancer survivorship, published in the October issue of Cancer Epidemiology, Biomarkers & Prevention, a journal of the American Association for Cancer Research. Rowland and colleagues analyzed data from the NCI Surveillance, Epidemiology and End Results Program. This report on cancer survivorship statistics will be updated and published on an annual basis.

They found that in 1971, the year the National Cancer Act was signed, the survivor population was approximately 3 million, which increased to nearly 12 million in 2008, the last year data are available.

The most common diagnosis among cancer survivors includes female breast cancer (22 percent), prostate cancer (20 percent) and colorectal cancer (9 percent). Researchers attribute this high survival to improved detection and screening. Lung cancer, which is by far the most diagnosed cancer in men and women, is much lower in the survivor population at just 3 percent.

Rowland said the health care community needs to prepare for the coming wave of cancer survivors who will present some unique challenges. As a population, the number of oncologists and geriatric specialists is decreasing just as the need for these specialists is increasing.

“We may be fortunate in that the aging population is healthier than in previous generations, and new technologies could allow for better communication and follow-up,” she said.