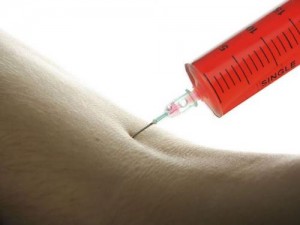 Researchers at the University of California, San Diego School of Medicine have uncovered a new signal transduction pathway specifically devoted to the regulation of alternative RNA splicing, a process that allows a single gene to produce or code multiple types of protein variants. The discovery, published in the June 27, 2012 issue of Molecular Cell, suggests the new pathway might be a fruitful target for new cancer drugs.

Signal transduction in the cell involves kinases and phosphatases, enzymes that transfer or remove phosphates in protein molecules in a cascade or pathway. SRPK kinases, first described by Xiang-Dong Fu, PhD, professor of cellular and molecular medicine at UC San Diego in 1994, are involved in controlling the activities of splicing regulators in mammalian cells.

Prior studies have implicated SRPK1 in cancer and other human diseases. For example, it has been shown that SRPK1 plays a critical role in regulating the function of Vascular Endothelial Growth Factor or VEGF, which stimulates blood vessel growth in cancer. SRPK1 has been found to be dysregulated in a number of cancers, from kidney and breast to lung and pancreatic.

Conversely, studies suggest the absence of SRPK1 may be problematic as well, at least in terms of controlling some specific cancer phenotypes. Reduced SRPK1, for example, has been linked to drug resistance, a major problem in chemotherapy of cancer.

In their new paper, Fu and colleagues place SRPK1 in a major signal transduction pathway in the cell. “The kinase sits right in the middle of the PI3K-Akt pathway to specifically relay the growth signal to regulate alternative splicing in the nucleus,” said Fu. “It’s a new signaling branch that has previously escaped detection.”

As such, the SRPK offers a new target for disease intervention and treatment, researchers say. “It’s a good target because of its central role and because it can be manipulated with compounds that suppress its activity, which appears quite effective in suppressing blood vessel formation in cancer,” Fu said.