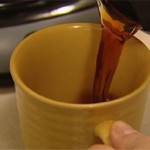 SEATTLE — Caffeine may do more than just help you wake up each morning. According to a study published Monday in the Proceedings of the National Academy of Sciences, it can also guard against certain skin cancers.

Researchers at both the University of Washington and Rutgers University say caffeine inhibits a DNA repair pathway, helping kill cells damaged by the sun.

Experts suggest that moderate caffeine drinking, or caffeine based lotion, could be useful in preventing skin cancer.

Dr. Paul Nghiem, associate professor of dermatogy and pathology at the Univeristy of Washington School of Medicine and his team of colleagues were behind the study.
“In past studies, we’ve been able to show that caffeine decreases the incidence of skin cancer development,” Nghiem said in a recent UW press release. “In this study, we set out to determine how that works and how the body protects itself from skin cancer. We were able to show that caffeine manipulates the pathway of this protein in a live mouse by suppressing ATR’s function.”