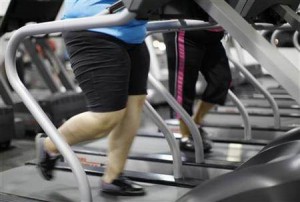 Healthier lifestyles and better diets could prevent up to 2.8 million cases of cancer each year, the World Cancer Research Fund (WCRF) said on Wednesday, calling on governments to “avoid a public health disaster.”

The number of global cancers has increased by a fifth in less than a decade to around 12 million new cases a year, and along with other chronic diseases like heart and lung disease and diabetes are the world’s biggest health challenges, the Fund said.

In a report released two weeks before a United Nations summit on non-communicable diseases (NCDs), the charity said political leaders had a “once in a generation” opportunity to tackle a wave of cancer and other lifestyle diseases.

Global health experts say many deaths from NCDs, including around a third of all common cancers, could be prevented by curbing excessive alcohol intake, improving diets, discouraging smoking and promoting more physical activity.

But these measures often need government action such as taxation, regulation and advertising curbs, bringing politicians into conflict with tobacco, food and alcohol industries.

“With millions of lives at risk around the world, the stakes are incredibly high,” said Martin Wiseman, WCRF’s medical and scientific adviser.
“People are still unaware that risk factors such as alcohol and obesity affect cancer risk, while at the same time, from television advertising to the pricing of food, our society works in a way that discourages people from adopting healthy habits.”

Non-communicable diseases such as cancer, heart disease, diabetes and respiratory diseases kill 36 million people a year, according to the U.N.’s Geneva-based health agency, the World Health Organization. Over the next 20 years, this epidemic is projected to accelerate and that by 2030, the number of deaths from NCDs could reach 52 million a year.

While they are often thought of as diseases of the rich world, NCDs actually disproportionately affect people in poorer nations. More than 80 percent of NCD deaths are among people living in low and middle income countries.
The WCRF said around seven million of the 12 million cancer cases diagnosed each year are in developing countries and that figure is also predicted to rise dramatically.

“Unless we act now..the charity appeals of the future will not be just for disasters and famines, but to pay for cancer care,” Kate Allen, the fund’s director of science and communications, told reporters at the briefing.

The U.N. meeting, slated for September 19 and 20 in New York, is only the second ever such high-level meeting to be convened on a threat to global health — the first, a decade ago, was dedicated to fighting HIV and AIDS.

But there are already fears the summit could be ineffective, with major rich-world players such as the United States, Europe and Japan reluctant to commit to taxes, regulations and targets for reducing the burden of these diseases.